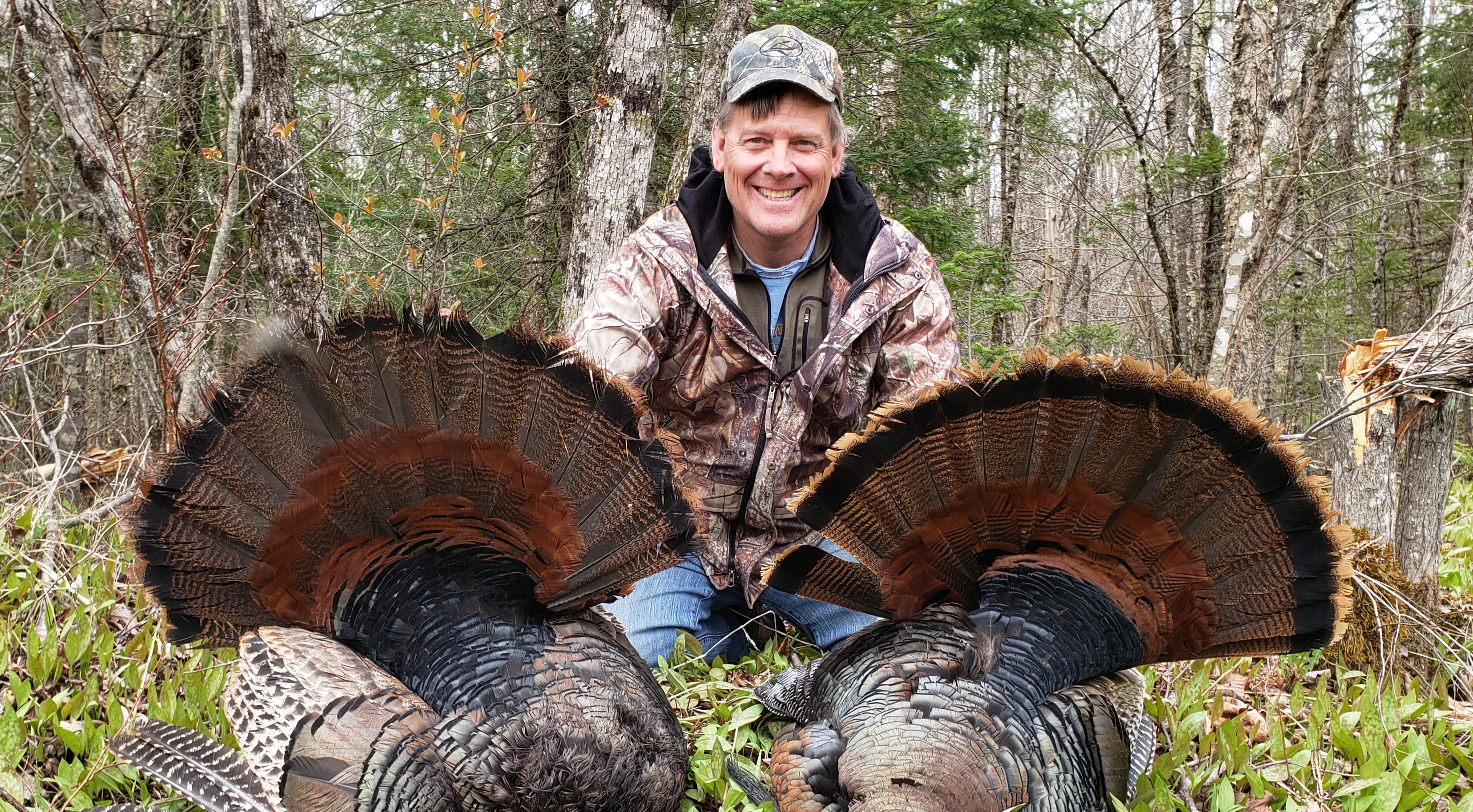 Maine turkey hunting, nothing gets the blood pumping after a long winter more than the thunder of wild mature Eastern Turkeys. This is an adrenaline pumping hunt where we commonly put multiple toms at 10 yards or less.

We have a seemingly endless supply of turkeys and farms we hunt. Calling in the most wise and mature bird in the area is a talent that we take pride in. We are often moving in this hunt finding hot birds, this works well with the quantity of properties we have access to.

We can take shotgun, crossbow, and bow hunters. There is a 2 bird limit on bearded birds in the spring and commonly take both in one day.

(May 2020) A shout out to Andrew Gibbs of Marsh Rivers Outfitters. I recently took part in a turkey hunt with Andrew putting  me on birds the very first time out, it fact I shot my 2 bird limit on the same day, one in the morning and another about mid day.  So after a morning sit where we interacted with several gobbling toms that wouldn’t commit to the call (probably paired up with hens), we were on the move checking out other hot spots. While in transit, toms and hens were spotted in a field on property that Andrew owns. Andrew quickly made a spot n stalk game plan that put us behind a large gravel pile (see pictures below) in view of the field and turkeys. A Primos turkey decoy was presented and in no time, we had hens and toms coming at a dead run! Knowing the birds would be on top of us in no time, we quickly ran back from the pile only getting about 20′ as the birds crested the top of the pile next to the decoy. With birds taking flight, I dropped a nice tom out of the air at about 10 yards! Later that day after spotting more birds and setting up in a field adjacent to a piece of woods these birds were in, a plain yelp using a Gooseman slate turkey call  produced an immediate gobble which resulted in a nice tom ending up next to our decoy within minutes at 10 yards away….one shot using 12 GA #4 shot magnum turkey load and my successful Maine spring turkey season was over! I highly recommend you contact Andrew for your next guided Maine spring turkey. Andrew is passionate about your success and guiding these hunts. 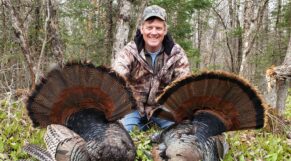 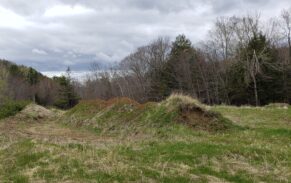 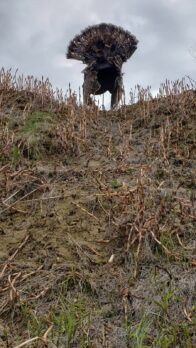 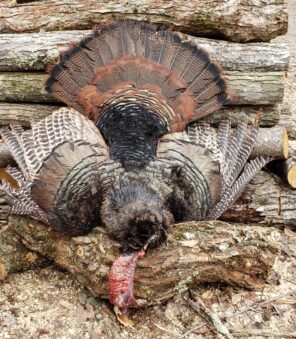 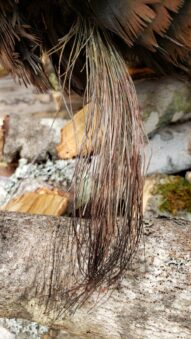